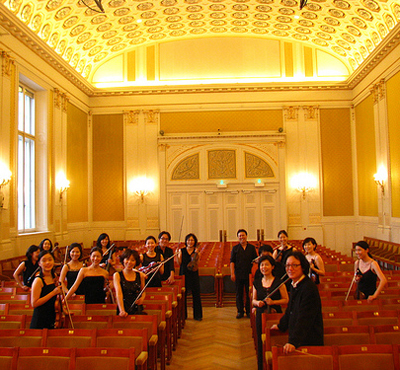 Seoul Sinfonietta Profile
Seoul Sinfonietta is established by violinist Young Zun Kim in 1987, who has been the leader and conductor of it. Since its inaugural Concert in 1988, Seoul Sinfonietta has performed over 400 concerts with well-known artists as soloists, and repertoire consisting from early classical period to contemporary works.
Aside from their concerts in Korea,Seoul Sinfonietta has been invited to play in International festivals such as the Milstadt Music Festival, Salzburg Place Music Festival and Kusatsu festival in Japan. Their concerts around the world have been praised by media and audience alike.
One of Seoul Sinfonietta’s goals is to educate and cultivate classical music to general public. In effort to do so, Seoul Sinfonietta performs with next generation musicians, performs for industry workers and their families, and especially for ones who doesn’t have chance to enjoy music at a live concert.
Presently, members of Seoul Sinfonietta hold prestigious degree from schools in United States and Europe. Also, they are scheduled to play more then dozen concerts upcoming year. Seoul Sinfonietta is also involved with many non-profit organizations such as Environmental Preservation of the Earth, to fulfill its duty as one of leading cultural organization.
Seoul Sinfonietta, which received among others "the grand prix of the year"from the music reviewers association in 2007, is striving to be characterized as a Chamber Ensemble with an artistic spirit to lead the Korean music society. 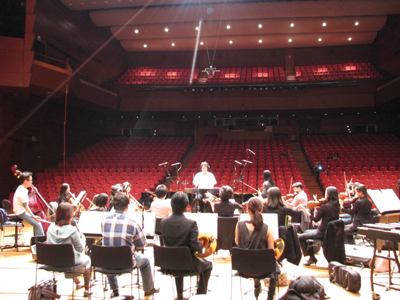